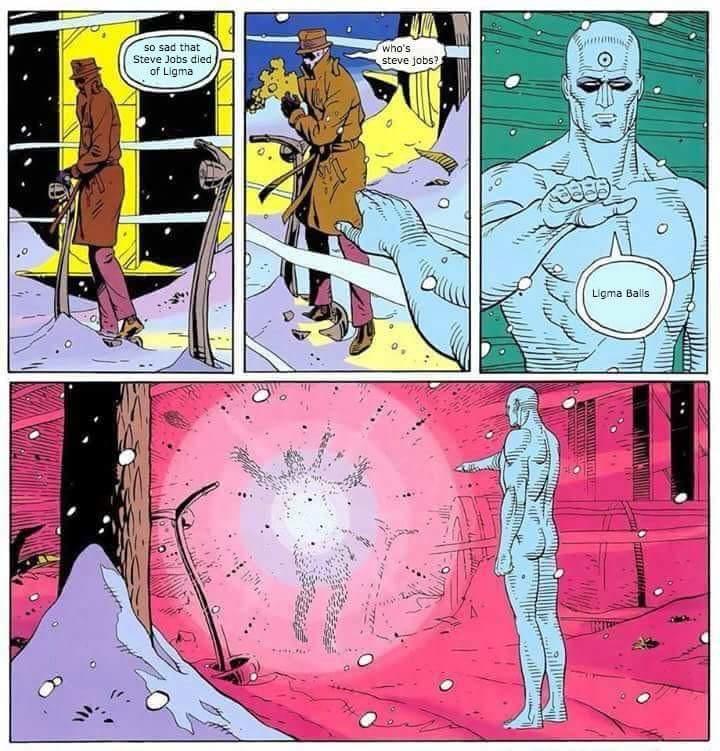 I’ve never claimed to be any sort of expert on comedy, but I have written it on a freelance basis for about a decade. I’m not nearly as good at it as some of my cohorts out there, as about half of my jokes fall flat, but I am usually able to explain why a joke is funny and where the humor comes from in it.

I was talking with some friends today and made a BOFA, ligma, and planting tulips joke all in the same go and they had actually heard of none of those things. For me, that kinda killed the joke.

For the uninitiated, here’s how it works:

There’s a bunch of jokes like this and they’re interchangeable, but at this point they’re so super old, I was getting kids with them 25 years ago at school. Ligma is a fairly recent version of the meme, but these jokes have been around for decades is my point.

What I find funny about them is using them as kind of an anti-joke. Toss BOFA into a sentence where it doesn’t make sense, or say it to someone who clearly knows what the joke is. Then, the humor isn’t on humiliating someone who isn’t as omg funny!!!11 as you, but instead you’re mocking the idea of these jokes being anything but dumb.

I assumed my friends had seen these jokes before, but then, they don’t clean up a blogging platform for their day job. When they clearly had no idea what I was talking about, I explained the joke instead, and I used this comic as an example:

What’s more is it accurately reflects the two characters. If you’ve read Watchmen or seen the film version, you’ll know that Rorschach, the guy in the trenchcoat, is hyper zealous and focused on cleaning out what he sees as the muck of the world.

Dr. Manhattan, the naked blue guy, was human once but was given godlike powers through an experiment gone wrong and has found that having these powers disconnects him from his humanity more and more.

So of course a loner who sees the world through only one lens not only wouldn’t know the ligma joke, he doesn’t even know who Steve Jobs is.

And of course, the godlike entity who is no longer in touch with his humanity would be so out of touch with humor that he would use it immediately before killing someone and he would deadpan deliver the punchline without even realizing his victim didn’t get the joke, like a robot.

So yeah, I spent a good hour today thinking about why I find a particularly stupid joke funny and then I wrote a blog post about it. Good quarantine talk, y’all.

Until you buy my book, you may hear whispers in the dark and scratching at your window.